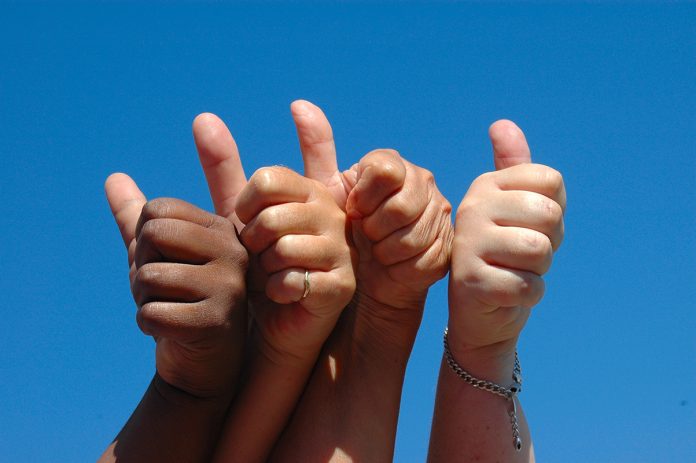 The market for crowdfunding – where people invest their money through online business platforms – rose by 36% in Switzerland last year, to CHF15.8 million ($17 million). But the sector still lags far behind countries such as the United States or the United Kingdom.

Crowdfunding can cover such diverse projects as microloans for weddings to funding for start-ups. In 2013 it was worth CHF11.6 million in Switzerland, according to the Crowdfunding Monitoring 2015 reportissued on Thursday by the Lucerne University of Applied Sciences and Swiss telecom company Swisscom. There has been a five-fold rise since 2011.

The 2014 increase was mainly a result of boosts in two forms of crowdfunding: crowdlending (loans, with risk-adjusted return on investment, used for diverse projects) posted the highest growth from 2013 to 2014 (+95%). The total volume raised was CHF 3.5 million.

“This is a result of a growth consumer loans that have been intermediated through the internet. This form of funding which becomes increasingly attractive, both for investors and borrowers,” Andreas Dietrich, Professor of Finance, who co-authored the study, told swissinfo.ch.

Also up was reward-based crowdfunding (cultural, social and sports projects, where funders receive a one-off consideration for their contribution, like a music CD if funding a band’s album) and crowddonating (social, charitable, cultural or political projects), posting an increase of 82%. The total volume raised was at CHF 7.7million. Within this category, it is mostly funding of cultural and technological projects which was very popular.

However Dietrich said the spectacular growth figures should not conceal the fact that the absolute amounts are still very low and that “the Swiss crowdfunding market is still in its infancy in comparison to the US and the UK”.

In 2014, the worldwide volume of funds raised via crowdfunding was estimated at around CHF 14.8 billion (+167% year-on-year), with the largest share in North America (CHF 8.7 billion), followed by Asia.

In Europe, the UK leads the market: CHF2.8 billion was raised in 2014, which accounts for approximately 80% of the market in Europe.

The main issue for Switzerland, according to Dietrich, is that time is still needed for large firms to catch on to the idea.

“And awareness also needs to be raised among clients and potential investors. And then confidence needs to be built in the topic of crowdfunding.”

He does not yet see a catch-up in Switzerland for crowdfunding compared to the other markets.

“However, this is mainly a result of the equally impressive growth rates elsewhere – markets are still at a very early stage, market potentials are still very high, and we do not see any kind of ‘market saturation’ in the other markets. Furthermore, the regulatory situation in Switzerland might also hamper the development of the Swiss market,” Dietrich explained.

It’s also important to remember that Switzerland is a small market – so can’t really be compared with the huge US market in absolute terms: 330 million US citizens against a market of nine million in Switzerland, he pointed out.

The research team gathered data from all the 15 platforms active in Switzerland last year. Several more have entered the market in the past months, meaning there were 30 platforms by the end of April 2015.

This includes the Baselland Cantonal Bank since late 2014, making it the first bank to enter the Swiss crowdfunding market (in a collaboration with Swisscom).

“Instead of the bank giving you credit or you having a bank account, you can try crowdfunding. This is a market that is really growing, and we want a piece of the pie,” the bank’s Christoph Loeb told Swiss public radio, SRF.

Event – What Indiegogo’s CEO Thinks of Community + Guides and...

Broadening the Reach of Financial Literacy Through Hyper-Personalization