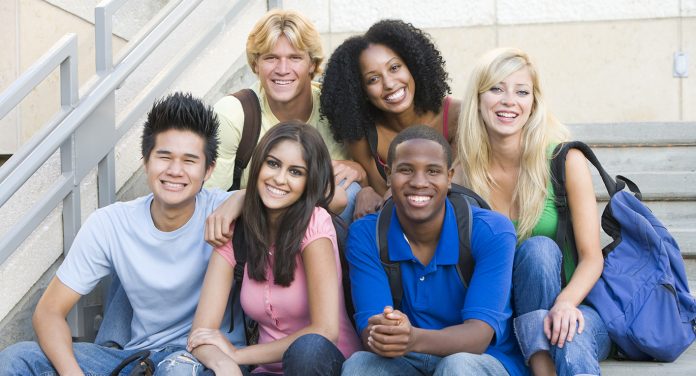 The business industry, today, is not limited to formally-dressed corporate people who usually have a stern look on their faces and have been working in the industry for decades. As the years have gone by, the industry has opened its door to young business leaders who have the courage to conquer the corporate world without having years of experience or the appearance of an entrepreneur.

In addition to that, due to problems like unemployment and low wages among young people, many are looking at entrepreneurism as a way to prove themselves as a success.

The crowdfunding model particularly appeals to such young creative individuals who don’t have the resources to launch their business ideas. These platforms also create an opportunity for young people to ensure they reach, as wide an audience as possible, to get maximum funding for their ventures.

A record increase in the number of new companies registered nowadays reveals that young people are motivated and making the most of this new trend of crowdfunding. With an innovative idea but little experience of business, young entrepreneurs are using crowdfunding sites to help accomplish their goals.

Young people, who believe in themselves and their ideas, ensure their success in crowdfunding by running successful campaigns. For instance, UK’s youngest crowdfunder, at just 7 years of age, ran a successful campaign and achieved his target by 144%.

Crowdfunding the Young Entrepreneur has proven itself as the best platform for young people aiming towards self-employment, it is not a solution to the growing rate of unemployment in the youth. It, however, teaches young entrepreneurs that to be successful, they need to motivate, inspire, accept help from others, and share their success with the people who made it possible.

For young and creative minds, crowdfunding is not limited to entrepreneurism. They have taken it beyond this. Teenagers studying in universities and colleges are using this platform to fund their research projects as well. Let’s have a look at how young people with gigantic and innovative ideas are making their dream come true.
• Michael Conway and his classmates at the University of the Pacific were all interested in aviation but their school didn’t offer aerospace courses. So, they decided to design a single-passenger airplane for their senior design project. They raised $10,000 for their project and finished building a 249-pound airplane.
• Mark Donne, in his junior year of college, had an idea of making an iPhone case that would be part iPhone protector, part-wallet. He saved up $13,000 for his project himself but turned to Kickstarter for additional expenses and publicity.
• Jesse Speer launched the Doers Network to help people in a community. He also raised money for this great cause using one of the many crowdfunding sites.
• Anna Scifres, another young and talented mind, got funded through Kickstarter for her science project. She raised $5,100 to take photographs of Earth from space.

Keeping the above examples in mind, it can be said that anything that inspires a young intellectual mind can be crowdfunded to flourish this inspiration into something real and practical. Likewise, crowdfunding is the way for young entrepreneurs to connect themselves with a large number of people so that they can grow their business at a rapid pace.

11/02/2016
We use cookies to ensure that we give you the best experience on our website. If you continue to use this site we will assume that you are happy with it.Ok