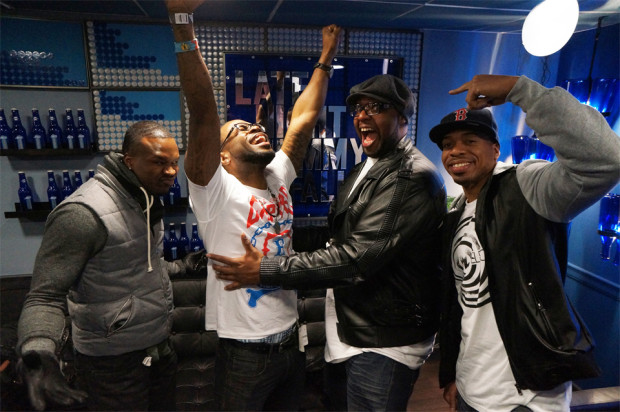 Our FIRST album of original R&B music in 10 years!

Dear AHMIR-ica.. yes, that’s you, our devoted and loyal fanbase from ALL over the world.  You may likely know us from our YouTube covers and fell in love with how we breathed new life into your favorite songs. You always knew it was an AHMIR cover when you heard our signature group harmonies and lush vocals that just made your heart melt every time 🙂  We uploaded our first cover in 2008 and because of each of you, we are still here in 2016… 200+ videos and almost 100 million views later. We’ve performed all over the country, got a record deal, been featured in magazines, played on the radio, had our albums in stores in Japan, even been on TV a few times.  We’ve been privileged enough to also use our platform to help bring awareness and raise money for some awesome charities.  It’s truly been an incredible ride so far and we can only thank you for making it possible.

In all honesty, we’re not quite sure where this ride will take us or when it will end, but we do know that before all is said and done we wanted to make a new album of all original R&B music.  An album that is AHMIR at its core. An album that is raw, emotional, soulful and most importantly written by us as we’ve experienced life, love, lust, and loss.  Some of you may know we released our first original R&B album called “The Gift” back in 2006.  We’ve lived a lot since then and as you can imagine, 10 years later we have a lot to say. 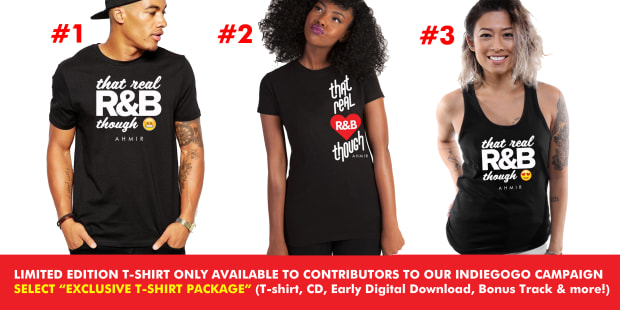 We no longer have the resources of a record label, but we’re confident we can do something truly special with your help. We want to have the best possible sound engineers to make sure the songs sound amazing for you. We want to put out the best and most beautiful visuals for you. We want to put together the best team of people to give us the best chance at showcasing these songs so you can maybe see us on TV again, hear us on the radio, or even perform near YOU. We want OUR success to be YOUR success. As this may be our last original album, we would love nothing more than for you to lend us a hand to take us through this monumental part of our journey.

Where your generous donation will go

We want you to know exactly where your contributions are going so here is the projected budget for our campaign in order of what will be spent first:

We know this is quite a chunk of change we’re trying to raise, but hey we’ve learned that if you want to be a star, you have to reach for the stars! Nevertheless, our campaign is set up as a flex-funding campaign meaning that we will receive your contributions whether or not we reach our goal. If we do not reach our goal we will adjust our budget and proceed accordingly. We guarantee the highest possible product no matter what, but the opportunity to make the most noise and generate the most buzz for this album only becomes possible by reaching our goal. We were signed to a record deal so we know and have seen firsthand how much financial power it takes to make things happen. So let’s make it happen together AHMIR-ica!

We’re aiming for the 4th quarter of 2016 or 1st quarter of 2017.  Setting up a successful release with the right mix of publicity and buzz can be tricky so all we can say is that we will have some intense discussions and planning sessions with our team of experts to ensure the best possible release date so that your contributions receive their maximum value! The best of all for you as a donor is that you will receive exclusive behind-the-scenes updates that no one else will!

Other Ways You Can Help

No money? No problem! We love you just for being an AHMIR-zing fan no matter what, but here’s what else you can do: